What is Turbo Power Turbo Parts Upgrades?
With more than 20 years we servicing and repair turbocharger. All parts we tested in real running and Turbo Power has found that the OEM design is not always the best choice either in design or performance. In order to supply the better products, Turbo Power has made some modifications from OEM design. Most of the Upgrades have been approved and accepted by more and more customers.

Thrust Kits Upgrades
The thrust kits are increased size of thrust face to reduce contact stress and enable the thrust system to carry the increased load. The thrust collar and spacer are specially manufactured to a larger diameter. Extra oil feed supply hole to the centre of the bearing helps to increase lubrication to the larger thrust face and also improves cooling.

360 Degree Thrust Bearing
Fitting a 360 degree Thrust Bearing increases the reliability of the turbocharger and allows a safer way of running high boost pressures. The thrust bearing is under heavy load when the turbocharger is operating, the larger surface area of a 360 thrust bearing (as opposed to a traditional 270 degree unit) is better equipped to cope with these axial loads.

Twin Seal Conversion Upgrades
The process involves machining of the piston ring area on the shaft and the seal bore area of the bearing housing to allow a second piston ring seal to be fitted. It reduces oil leakage on turbocharger with low back pressure exhaust systems or higher than usual crankcase pressure. 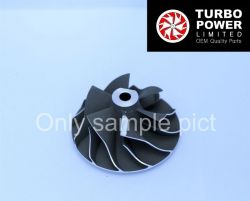 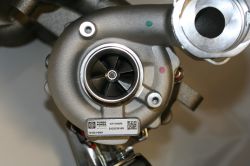 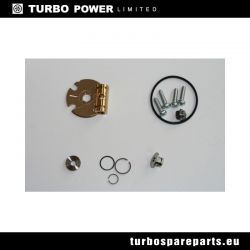 The cookies files hepl to us in the provision of services. When you use our services you agree with our using of cookies files.   Next info